Only a few months after God established the Elim Mission, we were approached by the Wraclaw Baptist Church (130 km away) with the suggestion of beginning a church at the Mission, due to the growing number of Christians.
After prayer, the Lord confirmed that we were to begin as a Church, and on 16 May 1993, the first service was held in a room of an old building at the back of the Mission grounds. 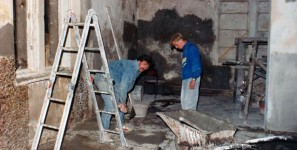 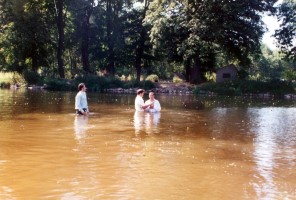 As renovation of the main building (known as the Palace) began, church services were temporarily moved – first into a tent, and later into the Mission’s future dining hall.

By the following year, in 1994, a large room within the Palace had been renovated as a Chapel that could seat 120 people. 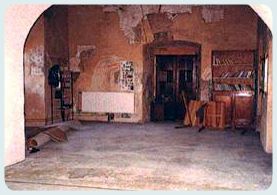 Most of those attending the church were from difficult backgrounds and had many problems. Alcoholism, unemployment, family violence, abuse and neglect had left many families broken and put many children into the Government’s Children’s Homes. Communism had left a sad heritage in the life of the village families – not only high unemployment, but also lack of goals, lack of training, and a sense of hopelessness. 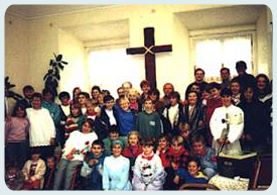 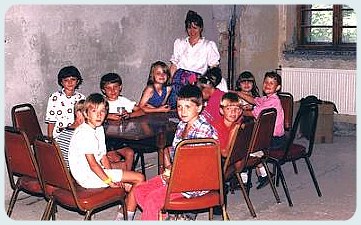 Along with this, Protestant work was virtually unknown in many of these villages, and those who came to Christ often suffered strong ridicule and mild persecution for their decision to fellowship at the Elim church.

But the Lord continued to grow His church using much “Friendship evangelism,” which was brought about through the various ministries to the needy and the poor in the area.

Several years later the Chapel Room within the Mission became too small for the church body to grow any further. Through much prayer and many steps of faith, the Lord then provided another building in the center of the nearby town.

In 2001, Bethel Christian Church officially opened in Lwowek Slaski. Since the opening, God has given the Church a fresh vision to reach out into the community with many additional ministries for Him.