In July 1991, not long after the fall of communism in Poland, an Australian family entered Poland to bring the Good News of Jesus Christ using a double-decker Evangelism Bus. 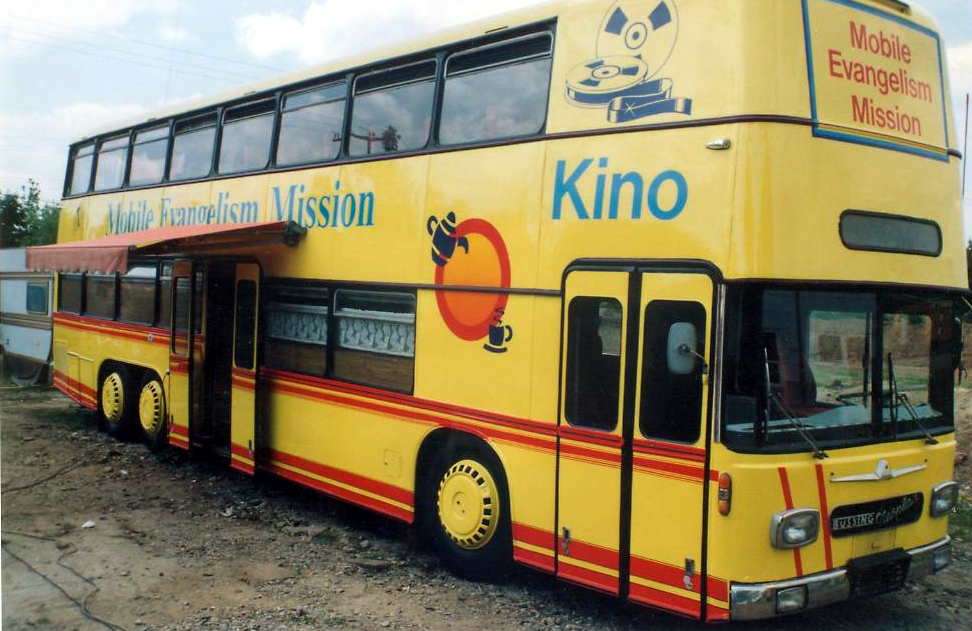 As the bus went out into different towns and villages, their camping trailer (which was their home at the time) remained stationed in a small campground outside of Lwowek Slaski.

While the bus was out on ministry, God began bringing street-children to the camping trailer daily throughout the summer, and finally a Children’s Program was begun.

Through these children contact was made with the parents, and soon a few of the mothers gave their lives to Christ too.

A Bible Study was started for the new Christians, as well as a small youth group, both held in the campground.

Six months after entering Poland that the Lord showed through prayer the whole plan for the establishment of Elim Christian Center. God had revealed the building of His choice for the ministry base: a 450-year-old building that was in a state of ruin at the time, located 3 km from the campground.

This was to be the on-going plan for the mission work that had now begun through the Bus Evangelism Ministry and the ministry around the camping trailer. By 1992 the Lord had sent a 2nd couple from Australia to join in the work.

God continued to confirm the need for further follow-up and spiritual nurture by also bringing to them men that wanted rehabilitation from alcoholism. Two men came to live with them at the campground for this purpose.

This old ruined building was to be the place for a Mission Center – for the purposes of evangelism, follow-up, discipleship, and various outreach programs. The building was known in the area as a ‘Palace’.

Ten months later the Palace became available for purchase, and God wonderfully provided through much prayer and faith for the Mission to be established.

More of the Elim story; its miracles, renovations and provisioning are told in the book “Dying Buildings – Living Stones”, available through the Mission.

God began bringing staff for the Mission Work from among the converts of the Mission itself. Many came from broken homes and difficult backgrounds and are a continuing testimony to God’s deliverance, grace and hope.

Since the beginning of the establishment of Elim Christian Center, the Lord has opened many doors to begin ministries and outreaches to the needy, the poor and the handicapped in this region of Poland.